The Brisbane apartment market has reached a turning point!

In their November 2019 JLL Residential Research Report, JLL announced some extremely positive news for Brisbane apartment owners, stating that prices are stabilising and  are expected to grow moderately within the next 12 months.

What’s Been Happening In The Brisbane Apartment Market?

Brisbane’s apartment supply has been steadily declining for several years.

The previously reported oversupply has now been absorbed. This is largely due to increases in employment and SEQ’s growing population.

But now… experts now voicing concerns of an impending undersupply! JLL’s report noted, “the outlook for Brisbane apartments is strong, with fears now flipping to ones of undersupply in coming years” (see below). 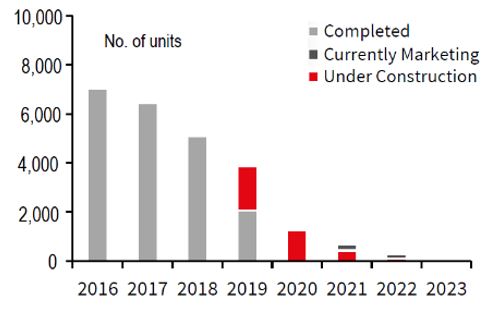 There has also been a significant boost in market sentiment, which is due to:

If supply continues to dwindle, Brisbane apartment owners could soon see an increase in the value of their property.

As shown below, apartment rents for Q3 of 2019 show significant improvement, with 2- and 3-bed apartment rental returns rising by 2% and 4.7% respectively.

Both Brisbane and the Gold Coast are experiencing growth in rental yields, with Brisbane’s gross rental yields increasing to a very healthy 5.2% (refer below). 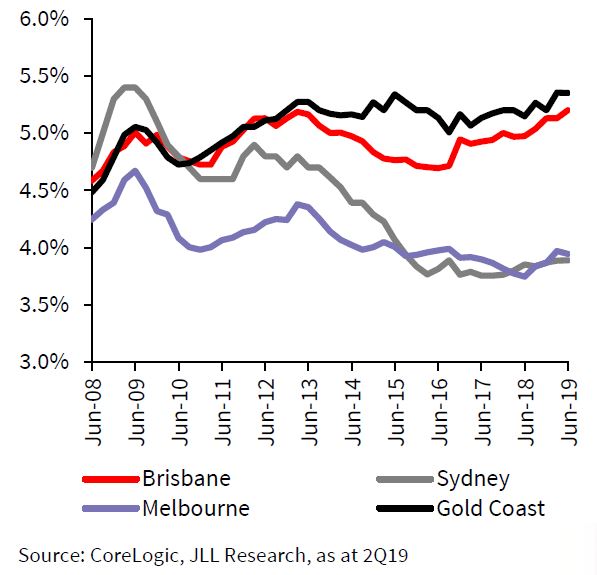 What About The Queensland Economy?

The retail sector in Queensland rebounded in 2019 with an increased turnover of 4.3%. This is a substantial turnaround from the same time last year when growth was at an incredibly low 1.2%.

In addition, the demand for goods and services in Queensland in the previous year was a low 0.4%. However, Deloitte Access Economics forecasts Queensland’s State Final Demand will increase by 2.9% in 2020 and 3.9% in 2021.

What’s Next For Brisbane?

To enquire and receive more information about becoming part of Adpen’s Partner Referral Program, please complete your details below

To enquire and receive more information about becoming a Developer Partner with Adpen, please complete your details below

To enquire and receive more information,
please complete your details below

To enquire about this project, send us a message below: